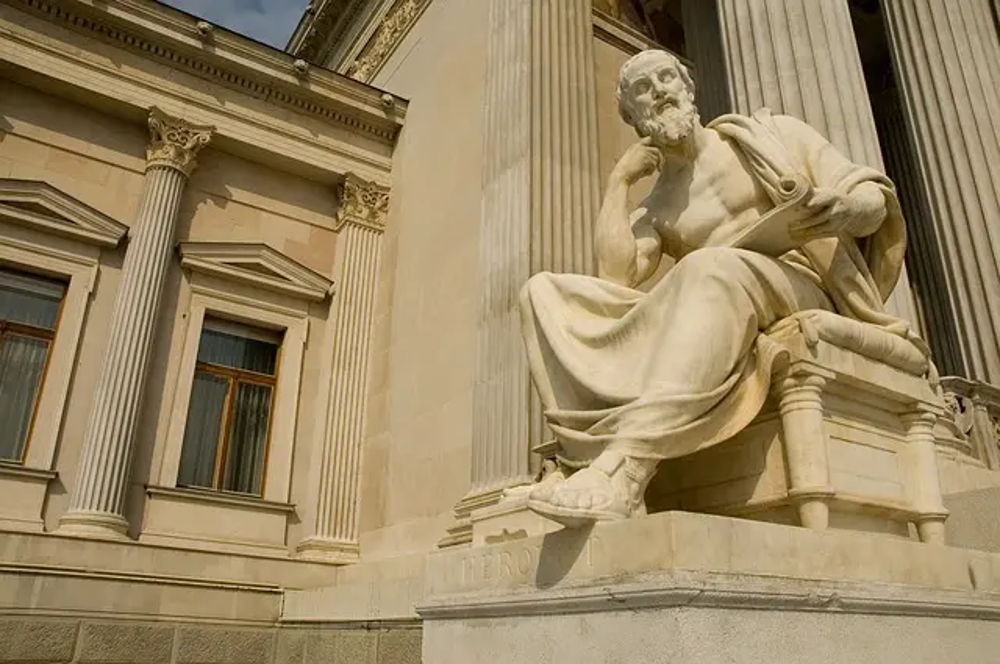 Philo + Sophia means love of wisdom; it is etymologically correct but useless. The definition does not differentiate philosophy from science nor religion, because all of them are pursuing truth and wisdom. It was an old definition suggested by Pythagoras when science and religion were part of philosophy. Therefore, in current days when science has entirely replaced the role, philosophy in such definition is dead.

The consequence of having unclear definition is multiple interpretations. Nowadays, philosophy in colleges has been hijacked by political ideology, and it is becoming activism. It confuses the concept of 'philosophy' with connotations of action, way of living, vision, belief, and attitude. As a result, it became shallow. We do not need the concept of 'philosophy' if it is fully overlapping with other concepts, disciplines, or ideologies. However, there are still some philosophical activities that have not been claimed by other disciplines yet, which are speculating, suggesting, modifying, refuting, and preserving hypotheses. Thus we need to redefine philosophy from other disciplines by reviewing the sources, the subjects, and the methods.

While science pursues truth based on empirical evidence and religion based on revelation, philosophy pursues truth based on a system of logic. In this case, we have to notice that there are some other disciplines based on a system of logic, such as mathematics and linguistics (not to mention that javascript is also a form of symbolic logic). So, the next step is to define the subjects. Philosophy talks about everything, so the subject seems to be overlapping with other disciplines, but one thing differentiates it is that philosophy only talks about the theoretical aspect of the subject. Instead of 'using' the languages, the numbers, the formulas, or the codes, philosophy 'evaluates' them theoretically. Therefore, (1) philosophy works together with all disciplines because of the similarity of the subject matters, (2) everyone can be a philosopher when they re-evaluate their tools theoretically. (3) it has nothing to do with political leg work, nor voice intonation. Thus, so far stipulatively we get:

philosophy :is an intellectual discipline of theoretical engineering based on a system of logic.

Now, the problem is, on the one hand, to review something, we need a framework of methodology in the higher-order. On the other hand, the subject of philosophy itself is already on the methodological level. Therefore, the activity of philosophy would always end up with reviewing the infinite regression. This means that a philosophical research either needs to find, create or assume something, which was called 'the first truth', or has to investigate the methodology into the infinite regression. Intractability is a problematic part of philosophy; we do not take any authoritative references for granted. Instead, we speculate the missing gap and refute the hypotheses. It is easier to find a flaw in theory instead of proposing a new hypothesis. This infinite regression leads us to the question of its value and practicality.

The lifecycle of philosophy is deduction > speculation > refutation > repeat

As mentioned before, nowadays, many students and lecturers confuse philosophy with a political campaign. Philosophy colleges became buzzer camps of victimhood mindset. Rational debates and diversity of opinions now became agreements in group-thinking; criticism and skepticism became protesting and complaining. In this context, 'philosophy' is even worse than useless. It is important to emphasize since many lecturers and students of philosophy are so lost in philosophy. Philosophy is not about the rethoric of begging, but about how to look at the big picture. For starter, do not let anyone dictate 'the answers' with 'data' and implicitly ask to scream or be naked on the street for it because when people engaged with a group and embarrass themselves together, they were tied with the ideology, hard to change position afterward, and closed their mind from thinking comprehensively. Philosophers do not have to follow instructors, nor dictionaries, nor any previous philosophers. To practice philosophy, we need to approach the problem at the theoretical level instead of elementary data level, and think by ourselves.

Philosophy promotes the problems and the questions, while dogmatism promotes the answers and the instructions. They are frienemies. Some dogmas are so weak that they often need to pretend as philosophy to avoid questions. Meanwhile, the mother of science could not defend herself because she is now so old that she is almost loosing her last teeth.

Back to the question about 'what is philosophy?', for a quick surface data level, we could memorize Merriam-webster dictionary which defines philosophy as "a search for a general understanding of values and reality by chiefly speculative rather than observational means." Nevertheless, if we want to look further, how philosophers define philosophy differs from each other, and the definitions represent the architecture of their theories. For example, Thomas Aquinas defines philosophy as "the basic criterion of Theology, in which the abstraction of nature would lead the knowledge of God." Thomas Hobbes defines philosophy as the knowledge of effects from causes and causes from effects by means of legitimate rational inference, which implies the equal validity of the deductive and inductive methods. Most empiricists during renaissance define philosophy as "the theory of body and motion: all that exists is body; all that occurs, motion." On the other hand, rationalists, i.e., Christian Wolff defines philosophy as "the science of the possible, i.e., of that which contains no contradiction; it is science from concepts, its principle, the law of identity, its form, demonstration, and its instrument, analysis, which in the predicate explicates the determinations contained in the concept of the subject." The list of definitions continues as we learn more about the history of philosophy. The point is that the definition of philosophy itself evolves and provokes other disciplines to evolve as well. However, even though it changes over time, it maintains the characteristic of theoretical, abstract and coherent.

Philosophy focuses on the problem and the approach to the problem instead of memorizing the answers. As long as we continue to explore the problems and the methods, the possible and original solutions would eventually come across our mind, and someone else will eventually refute it in the future, which is fine. The methodology is not about right or wrong, but about regulating the approach.

Memorizing the collections of theories from the history of philosophy might gives us good impression, but what good in sacrificing self-esteem for fame. The fruitful activity of philosophy is actually in speculating a hypothesis. Learning philosophy would change the way we solve a problem. The value of philosophy is the liberation from dogmatism by challenging with new perspectives, hypotheses, and thought experiments. Philosophy enriches our understanding of an object by thought-provoking and conceptual clarity. The very same object might give new meanings once we shift the theoretical perspective. We might encounter the 'first-time' experience through the same object multiple times with new feelings and curiosities. Thus philosophy intensifies our sensitivity and clarifies our thinking. It would enrich our lives to the fullest.

Submit your writings
& Earn the Reward